A Letter to the Glen Family

A Letter to the Glen Family 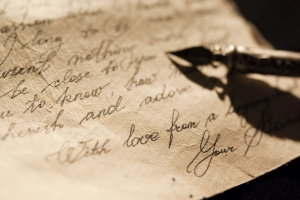 We would like thank those who participated in our month long survey, from 9th February until 2nd March, about the possibility of moving the Sunday Evening service time from 18h30 to 18h00. With the two morning service times remaining as they are at 08h00 and 09h45.

With an overwhelming response in support of the move in service time received by the time of our AGM, held on the 26th of February 2014, this matter was tabled and a unanimous vote was received from the meeting, in terms of moving the service time for our evening service from 18h30 to 18h00. This change in service time will come into effect from our new preaching plan in April 2014.

If you hold opinions different from the decision made and would like to enter into conversation with us please contact one of the Glen Ministers, one of the Society Stewards or the Church office to discuss your views.

On behalf of the Ministry Team, we would like to thank you for your participation and inputs in this endeavour.